British authors and publishers are mobilising against the possible introduction of an exhaustion regime that would allow cheaper copies of books published in the UK to enter the Kingdom, harming the publishing market.

The Intellectual Property Office, at the request of the British government, has launched a consultation on the UK’s future regime for the exhaustion of intellectual property rights "which will underpin the UK’s system of parallel trade."

The consultation, which closes on 31 August 2021, will be, according to the government, "an opportunity to decide its future regime for the exhaustion of intellectual property rights. This decision is vitally important for the UK as it will govern future rules on parallel imports into the UK."

"This is the import and export of IP-protected goods that have already been first sold in a specific market, for example moving a good that has been sold in another country and importing that good into the UK."

In the European Economic Area (EEA), IP rights are considered “exhausted” once goods have been placed on the market by the IP owner or with the owner’s consent anywhere within the EEA, noted Lexology.

In a letter to Business Secretary Kwasi Kwarteng published by The Times, some 2,600 authors and illustrators have expressed their concern that if the government decides to introduce an international exhaustion framework, "authors will be unable to limit foreign editions of their books being sold into the UK — undercutting their domestic sales."

The letter was signed by such authors as Kazuo Ishiguro, Carol Ann Duffy, Hilary Mantel, Sara Sheridan, and Philip Pullman, among others.

The letter reads: "UK currently has strong copyright laws which enable creators to be fairly compensated for their work and the UK to export more books than any other country in the world. Weakening the UK’s copyright laws would impair our ability to earn an income which would have a devastating impact on this country’s vibrant, world-renowned book industry. If writing becomes a profession only accessible to the wealthy, important stories will not be told.”

The Publishers Association and Society of Authors, supported by the Association of Authors’ Agents and the Authors’ Licensing & Collecting Society (ALCS), have launched the Save Our Books campaign, to oppose the “potentially devastating” impact of a change to the exhaustion rule.

"Britain is a world leader in publishing and currently exports more books than any other country in the world," said Publishers Association CEO Stephen Lotinga (pictured, below). "The wrong outcome would jeopardise the whole books industry and vandalise the UK’s cultural landscape. It would mean fewer books, by fewer authors, for fewer readers." 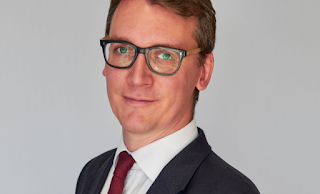 For Lotinga, the letter penned by the authors is "a clear and urgent call from authors to avoid an outcome that weakens our copyright laws."

According to a UK Government spokesman, "any decision to change the current system would be based on the evidence arising from the consultation and we welcome views from all businesses, civil society groups and consumers.”

Posted by Emmanuel Legrand at 10:18 PM