SESAC acquisition of HFA is a "game changer"

[An edited version of this story was first published in Music Week.]

The decision from the US National Music Publishers Association to sell its mechanical rights affiliate Harry Fox Agency (HFA) to the Nashville-based, privately-owned performance rights organisation SESAC is seen as a game changer in the way publishing rights will be licensed in future in the US and could also influence future regulation on PROs. 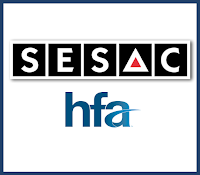 The deal, which some sources put at $20 million, will combine the smallest of the three American PROs, albeit one that is not constrained by consent decrees, to the largest catalogue of mechanical rights in the US. What the new joint entity will be able to do is provide licenses combining performance and mechanical rights, something the two other PROS, ASCAP and BMI, cannot do.

"This could be a real game changer," says NMPA former General Counsel and SVP Jay Rosenthal, now a partner in Washington, DC-based law firm Mitchell Silberberg & Knupp. "Even though there have been some limited licensing attempts at bundling performance and mechanical, and even some sync licensing, in the past, this might represent the first real modern day attempt in the US to bring some real efficiency to the music licensing process. It is good for the market that SESAC is expanding its horizons, and it can be a real test case. If it can work with SESAC's 10% to 15% of the market why can't it work with bigger players?"
Rosenthal adds that another tipping point for the industry is that as SESAC is unbound by the rules set by the consent decrees affecting ASCAP and BMI, it does not rely on courts to set the rates, but rather on an arbitration process. "When you have an arbitration system setting the rates, it is always always better than the CRB or the rate courts," says Rosenthal. "All in all, SESAC has some running room here."

John Josephson, Chairman and CEO of SESAC, said in a statement that the transaction was really about providing more licensing opportunities, in particular through the ability "to make the licensing process both simpler and more efficient, and in so doing create additional value for music creators and publishers, as well as the digital music platforms.”

In addition, the deal provides SESAC with a database documenting the catalogues of 48,000 publishers, with metadata on over 6.7 million compositions and 21.4 million unique master recordings, and access to HFA’s Slingshot platform. This tool, developed by HFA, provides royalty tracking, administration and payment services and solutions to virtually every digital music service of scale in the market today. This is a business area that SESAC has identified as one in which it will "invest heavily" in order to create "a best of breed suite of data and administration services to digital service providers."

One insider believes that SESAC's buying into the Slingshot business of HFA is the best part of the deal. "HFA is good with data and knows how to calculate royalties on behalf of services and publishers," says the source. "They go to YouTube and Spotify and prepare the statements that go to the publishers and the services. HFA is the best in the business with statements."

NMPA President & CEO David Israelite declined to comment on the deal, but sources close to the NMPA suggest that the sale of HFA will also have an impact on the NMPA. "It takes the pressure off the NMPA as they won't have to be dealing with HFA's issues any more," says a source. In addition, HFA was a main funds for the NMPA, and in preparation for the disposal of the agency, the NMPA had set up two years ago new rules by which NMPA members pay a membership fee based on revenues.

In a statement, BMI said: “While SESAC is a small competitor, they are not constrained by an outdated consent decree that limits their ability to explore new opportunities in the marketplace. Their intent to purchase the Harry Fox Agency further highlights the need for consent decree reform, creating a level playing field for all businesses in this industry. We are encouraged by our ongoing dialog with the Department of Justice on this and other issues.”

Frank Liwall, founder and CEO of New York-based The Royalty Network, is not inclined "to make predictions when it comes to what any government agency will or won't do," but points out that the acquisition "certainly creates an uneven playing field for what we knew as standard PROs. Given that SESAC cannot be all things to all writers/publishers, I'm sure this will force ASCAP and BMI's hand at making a strategic move in the near future."

For David Renzer, CEO of Los Angeles-based Spirit Music Group, market forces rather than policy-makers are driving the changes in the US licensing landscape and it has macro- and micro-economic consequences. "The pressures in the US market are not unlike those experienced by European collection societies, which have mechanical, performance and even in some cases sync licensing housed under one roof," says Renzer.

He continues, "For Spirit the trend has been to take greater direct control over our licensing, whether with digital companies -- we directly license You Tube, and others -- and certainly in the mechanical licensing area. In the performance rights area, it is indeed time for changes to the consent decrees and we'll have to stay tuned for the DOJ 's recommendations. The challenge for all is fairer compensation to creators while allowing for sustainable business models to develop and thrive."
Posted by Emmanuel Legrand at 4:07 PM No comments: