[This story was originally published in Music Week]

On January 1, 2000 after celebrating the New Year in Brazil with friends on some remote beach, Bruno Guez went for a swim. As he was diving into the water his head hit the sand. He noticed a sudden inability to move and he started drowning. Fortunately for him, he managed to hold his breath and his friends came to the rescue, noticing something was not normal.

As he laid on the beach, Guez knew something was awfully wrong. It took five hours before an ambulance came -- it was New Year's Day, after all -- and when he finally reached the emergency room at a local hospital, he was diagnosed with a fractured fifth vertebrae, which had squeeze his spinal cord. He eventually was operated but remained paralysed from the neck down, but hopefully retained some mobility with his left hand.

Overnight, his life was shattered and he had to reinvent himself. He felt something radical was needed and in 2007, after living for 20 years in Los Angeles, he chose to move to Israel to build a new life, close to his family, and a set up a new business from there.

Guez was in Cannes in June for Midem to promote his royalty and data management service Revelator. It was his first trip in a long time, but one that had to be prepared like a military operation due to the amount of logistical complications linked to his situation. And he seemed to be enjoying every moment of it. "It feels good to travel," he said during an interview at the Hotel Majestic, where he was surrounded by his father and a group of people working for him and attending to all his needs.

Being paralysed has not altered his energy and his drive, on the contrary. "I had to turn it into a competitive advantage," said Guez, who has a long track record in the music industry. He was born in Paris but after studies at UCLA, he set up in 1993 his own music company, Quango Music Group, a trendsetting electronic music label, which caught the attention of Island Records founder Chris Blackwell. Guez eventually worked for Blackwell's companies Palm Pictures and well as Island Outpost, a collection of seven properties in Jamaica and The Bahamas. He has also been a radio host on KCRW, a public broadcaster in Los Angeles. Between 2001 and 2004, after his accident, he was the creative director of the Cirque du Soleil.

In Israel, he continued to run his music company, and started to work on tools that would allow him to manage rights in a more simple and automated way. In 2012, he started a journey with Eli Krief and Yoni Colb from Jerusalem-based software developer Quickode, leading to the creation of Revelator, a cloud-based sales and marketing intelligence platform for music professionals.

New management tools
"I needed new tools to modernise my label," he explained. "I met with these software developers and we started to develop tools around copyright assets. Now, it takes me three clicks to do my accounts, whether I have 10 or 10,000 artists. The solution, at the start, was my solution; but I understood rapidly that I was creating a solution for all rights owners."

Guez said the changes were rendered necessary just by the sheer “explosion of data that is crushing companies.” For him, the lack of ability to process data is the main problem for most companies and rights societies. “The explosion of data is challenging for any right owner,” he explained.

Revelator, he added, is set up to finds solutions of workflow to manage complex data situations. “I did not want to manage the old way,” he explains. Very quickly, Revelator developed a rights management platform that was beta-tested with 1,000 Israeli artists. “Managing data is a good business,” he said. "So I approached distributors like CD Baby to provide them with services.”

Today, Revelator works with such platforms as Wix Music, CD Baby, Faro Latino, Africori, and collective management societies SAYCO in Columbia and ACUM in Israel. The platform currently manages royalties accounts for 51,000 artist, with a catalogue of over 400,000 tracks via labels, distributors and artist management. He has two major countries in his sight, Brazil and Russia, where he sees a lot of potential in rights management. He described his company as being at the intersection of music and technology, but never losing sights of the task, which is to provide efficient rights management tools.

“When financial institutions can manage transaction in split seconds, I do not see why we can’t apply the same vision to music,” he said. “I believe we can now provide real time data and real time payment, especially micro payments and mobile payments.”

Guez said the system was as much a real time rights management service as it was an analytics platform, which rights holders can also use for marketing and strategic decisions. He continued, "We know what comes in and can allow them [rights holders] to withdraw money [accordingly]. For me, it is strategic to do that because it will bring a new model based on real time data. We will start to do that this year.”

Instant payment
Guez added that with current technologies, “there is no reason why you have to wait 60 days to get data and payment, and no need for publishers to wait up to 20 months to get info from rights societies.” The system allows users to manage millions of data-points each months. Users of the services can enter all their statements in the cloud-based service and also access a wide range of analytics through a dashboard. Unlike other services, Guez said that he built the system so that users can export all their data and take it with them if they no longer wish to use the service.

Guez said his service was not meant to compete with rights societies but instead help them improve efficiencies. "Societies should appreciate and embrace new technologies,” he said. “They should not be afraid, because the better the services to members, the happier they will be. Margins can be eroded but you can make up with volume. In any case, we are going to better value services, with lower margins, but a bigger pie. All societies should have the capacity to build a good infrastructure. And if they can’t, we can deliver that.” 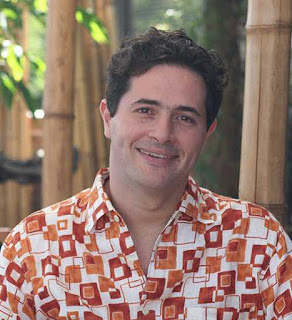 He added, “There is an old guard at societies that are blocking progress to the detriment of their members. It is just a question of time. The old guard will jump.” For Guez, if rights societies do not improve their infrastructure, it will backfire. "The more rights owners have access to information and tools, the more it will generate questioning about the way societies operate. There is no reason to take 12% and give noting in return. Societies do not invest enough in infrastructure together and there is not enough communication between their systems."

Guez said he has structured the system to be accessible and open, through its API. This approach is also reflected in the company's three business models: software as a service, infrastructure as a service and platform as a service.

Full transparency
“We are in an API economy,” he stated. “We give our clients our infrastructure. Kobalt, the Orchard or Believe cannot offer infrastructure as a service. They have built their technology for themselves. You have to go through them. We do not care. We see it more like an exchange platform.”

He added, “If Kobalt cannot offer their API, they cannot be transparent. Kobalt is an old world business model with a dashboard, it is not a platform. I am not even sure they are a tech company. When you approach music like a tech company, you are a platform and you give your infrastructure and services for clients to do what they want with it.”

For Guez, the digital revolution has just begun and rights management is still in its infancy. “My dream is to move intellectual property rights into financial assets and become a revenue-optmisation technology,” he said. “Our thinking is different. I ran a label for 20 years but I think of it from a tech perspective. I look at things from a music perspective, but I am also tech savvy, so I come from a different angle.”

[Since the story was published at the end of June, Revelator announced it has raised $2.5 million in Series A funding. The round was led by Exigent Capital, with participation from Digital Currency Group and Israeli early-stage fund Reinvent. Overall, Revelator has raised $5.5m since 2012.]
Posted by Emmanuel Legrand at 9:16 PM 1 comment: