South Africa's Trade and Industry Committee at the National Assembly met on 12 May to discuss a new draft of the Copyright Amendment Bill (CAB), which was sent back to the Parliament in June 2020 by President Cyril Ramaphosa due to constitutional concern about the law.

The Committee adopted during the meeting its report on the President’s reservations about the Copyright and the Performers’ Protection Amendment Bills. Duma Nkosi (pictured, below), Chair of the Committee, said that there was broad consensus with respect to all reservations. 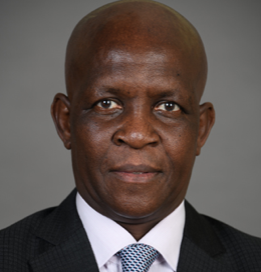 The report must be considered by the National Assembly (NA). If adopted, the committee "will proceed to address the reservations."
Seeking public participation
The CAB, drafted by the Department of Trade, Industry and Competition (DTIC), alongside the Performers Protection Amendment Bill (PPAB), amend and update the Copyright Act of 1978.
The Committee decided to re-tag the bill, which means a new draft will have to be presented to the floor. The committee has proposed that it should "seek further public participation by calling for public comment on the clauses pertaining to fair use and other copyright exemptions, as well as whether the Bills align with the relevant international obligations."
The Committee added that once the NA adopts the report, the committee "will begin its public participation process by publishing its advertisement on Parliament’s website and social media platforms, as well as in newspapers."
A legislation fit for purpose
The creative community was critical of the scope of exceptions to copyright in the original law through the introduction of a wide-ranging fair use provision. Consumers groups and organisations representing blind people were supportive of the bill.
Following the May 12 Committee meeting, the Copyright Coalition of South Africa welcomed "the developments at the latest portfolio committee meeting in respect of the Copyright Amendment Bill," adding that it is "supportive in a process that will yield legislation that is fit for purpose for, in particular, creators in South Africa."
Posted by Emmanuel Legrand at 6:00 PM