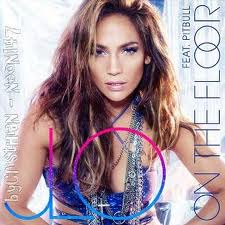 That’s roughly the total number of times the most downloaded track in Europe was sold during the first half of the year 2011. This performance belongs to ‘On The Floor’ by Jennifer Lopez Feat. Pitbull, according to statistics compiled by research company Nielsen Entertainment, based on data collected throughout Europe from online music services. Some would say it’s a relatively poor figure. But looking at it from another perspective, that’s also a track that 1.4 million people decided to spend money on music through legal sites and platforms.
For the sake of the demonstration, let’s assume that if a single download receives €0.65 in royalties from the vending platforms (iTunes normally remunerates labels in continental Europe €0.71 a track and Amazon €0.61), the track has generated over €900,000 euros in revenues, shared by the distributor, the label and the artist.
In a recent report, Music Week analyst Paul Williams noted in the British weekly trade magazine that 170 million single tracks have been downloaded in Europe in the first half of 2011, a 15% increased over the same period of 2010. The UK market accounted for close to 50% of that figure. These are encouraging figures, but a simple equation shows that we are far from a replacement from physical sales, and figures from streaming (see below) are still very low.
Overall, there are eight tracks that pass the million downloads during the first six months of 2011, including songs by Bruno Mars, Adele, LMFAO, Jessie J, Rihanna and Lady Gaga. And to make it into the Top 500 listing of most downloaded tracks, you’d have to sell a little bit north of 28,000 units…
0.0001
That’s the value in euros that a song earned from being streamed once on YouTube last month according to a recent quarterly royalty statement sent from a digital distributor to an indie label, which I was given the opportunity to look at. To be fair, €0.0001 is probably a portion of a stream because YouTube can pay up to €0.0038 for a stream! A stream on Spotify is paid €0.0036 to €0.004, on Deezer the usual rate is €0.0512, on We7, it’s €0.0022.
But how many views would it require to reach just one euro? And how do you account for that sum in your statements, since this amount has to be shared between the label, the artist and the digital distributor (who normally takes a 30% commission)…
Of course, what matters is the accumulation of streams. Overall, on the statement I have seen, some 60,000 streams and downloads (that’s 60,000 royalty lines to deal with!) generated revenues in excess of €1,000 euros, for downloads and streams combined. Streaming revenues from YouTube accounted for less than…€20 for a total of over 35,000 streams. Streaming from all platforms accounted for less than 5% of the total.
Based on these figures, for up and coming acts, streaming can hardly be a significant source of revenues, it’s promotion. For established acts and labels with artists who are get a lot of traction, with views/streams in the millions, it can become a significant ancillary source of revenues. But if streaming is the future business model for the music industry, then rates will need to be seriously revised.
5
That’s the amount in euros that yours truly paid last week for a 33cc bottle of Perrier at the terrace of a bistro in Paris (and it wasn’t at the Fouquet’s on the Champs-Elysées). That’s a lot of money for fizzy water: €15 a litre, about 10 times the price of a litre of gasoline (which is the most taxed product in France, alongside cigarettes)! That’s also the price of four tracks on iTunes in France. And compare it with €0.0002…
It is often said that music is now like tap water, but judging on the rates listed above, if you poured tap water into a fancy bottle and added some bubbles, you’d be more likely to run a healthier business than if you were selling music! So why is it that it seems (almost) acceptable to pay €5 for a bottle of water, and yet too many people think music is too expensive? I suppose it is a question of perceived value, an old scourge of economists, but it does not explain it all. No matter what, it does not feel right.
196
That’s, in British pounds, the extra amount I had to pay for my phone bill for the period July 15-August 15. It’s a staggering amount, considering that I already have a £45 monthly plan for my iPhone with Orange. The extra cost was due to data roaming (ie. bandwidth) while in France on holiday. During that time, I did not download movies of music files, did not play stupid games online. I simply checked my mail and did a bit of surfing on the internet – and was charged for using 76MB of data. For a hefty £196! You’ve been warned: disable internet access while travelling and only use free wi-fi networks.
But let’s put this amount into a different context: £196, that’s almost what I pay yearly for my eMusic account that allows me to download legally 1,200 tracks a year. That’s also 980,000 streams paid €0.0002… And almost 40 bottles of Perrier! Aside from the fact that it feels like thievery on a massive scale, it also reinforces the belief that the only people who are making money out of the digital revolution are those who sell bandwidth. Here too, something does not seem right.
Posted by Emmanuel Legrand at 7:26 PM 1 comment:

PJ Harvey gets her second Mercury prize - Why? 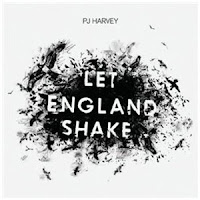 So PJ Harvey has won her second Mercury Music Prize, becoming the first artist to score a double Mercury. In absolute terms, her latest work, the brilliant and very personal ‘Let England Shake’ (Island) deserves the accolade. But…
The Mercury Music Prize has a specific function, or at least had one when it was created in 1992: put the limelight on ambitious and creative works from artists that might not have received the recognition they deserve. In other words, to be the anti-Brit awards, which are driven by more commercial considerations.
By winning the Mercury prize, artists not only collect £20,000, but they usually get a much coveted promo and sales boost. And such is the aura of the prize that it resonates far beyond the confines of the British Isles. Winning a Mercury prize opens doors around the world. It is a badge of creativity and quality.
Since its inception, the prize has had its ups and down, but has retained its “arty” image (although Speech Debelle’s ‘Speech Therapy’ in 2009 was probably one step too far). It has been quite good at capturing artists at the right moment in their career.
That’s why last night’s decision was quite disappointing. PJ Harvey has had a career with already quite a few artistic milestones, and her Mercury win in 2001 for ‘Stories from the City, Stories from the Sea’ was thoroughly deserved. She was some 10 years into her solo career and produced an album that was close to a masterpiece.
By awarding the Mercury to PJ Harvey in 2011, the judges – who, according to one of them, Corinne Bailey Rae, were “all in agreement” –  celebrated a good album and a true artist, but failed to stay true to the ethos of the Mercury, which is either to put the spotlight on an outstanding emerging new talent (The XX last year), or crown an act whose creative achievements have not been met with public success (Elbow a few years ago).
As much as I like PJ Harvey (I still remember seeing her perform ‘To Bring You My Love’ in 1995 and being transfixed by her intensity and her, err, weirdness), the judges would have been far better inspired to focus their votes on up-and-coming acts that would have certainly appreciated the attention and the spotlight.
Aside from Adele, who is probably beyond a Mercury prize at this stage of her career, last night’s list of nominees could have provided the jury with many alternatives. How wonderful would it have been to see Anna Calvi take the prize home. Her intense performances, including last night’s, and her amazing songwriting skills – very much PJ Harvey’s heir – would have made her the best contender for the prize. And what of Tinie Tempah, Katy B or King Creosote & John Hopkins? All worthy winners and a big missed opportunity from the judges.
Posted by Emmanuel Legrand at 12:05 PM 3 comments: