The creative community has paid tribute to Washington, DC-based entertainment and copyright lawyer Jay Rosenthal who passed away on Nov. 2. The cause of death is unknown. 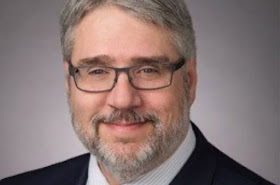 Rosenthal's career included a long span at the National Music Publishers' Association (NMPA), where he was senior vice president and general counsel.

"The music publishing and songwriting industry lost a true friend and champion today. Jay Rosenthal dedicated his professional life to fighting for the rights of creators," said NMPA President and CEO David Israelite on Twitter. "As [NMPA] General Counsel, Jay was instrumental in protecting the copyrights of all songwriters and publishers. As my friend, I have never met a man more kind, gentle and patient. Everyone loved Jay. He always had a smile and a positive outlook. He was a dedicated husband, father and law professor. We will miss him dearly.”

Added Mitch Glazier, Chairman and CEO of the Recording Industry Association of America: "A devastating loss for the music community. Jay Rosenthal was a wonderful guy — funny, smart and caring — he dedicated himself to creators. Grieving his loss with love to his family and friends..."

The leadership of the Association of Independent Music Publishers — Teri Nelson-Carpenter, national chair and Los Angeles chapter president; Alisa Coleman, New York chapter president; and John Ozier, Nashville chapter president — said: "The AIMP mourns the loss of a true friend to independent songwriters and music publishers. Jay Rosenthal was more than an attorney to most of us. He passionately represented the causes for independents championing the way on major issues that deeply impacted the community. Jay was an important educator providing detailed knowledge at our Washington roundups and his experience and expertise to our executive board. He will be deeply missed by family, friends and the community of songwriters and music publishers."

In 2015, after leaving the NMPA, Rosenthal joined as a partner law firm Mitchell Silberberg & Knupp. At MSK, he represented artists, such as wrestler-turned-actor Dave Bautista ('Guardians of the Galaxy'), as well as industry organisations.

Bautista tweeted: "We lost a 20 year member of our team today. He was very loved. He is irreplaceable. He was our brother. He was my attorney and when I was down he worked with me for free. He believed in me from day 1. Me, Meisner, Rosenthal..OG #TeamDreamChaser #RIPJay."

In addition to his "day job" Rosenthal had a long association with Washington, DC-based electronic band Thievery Corporation and he has worked with many of the nation capital's artists from the go-go scene. Rosenthal was also an adjust professor of law at Georgetown and George Washington University.

He is survived by his wife Rae and children Evan and Shira.


[I met Jay a while ago when I was working with the International Confederation of Societies of Authors and Composers to put together the World Creators Summit in Washington, DC in 2009. He was a force of nature, always keen to offer ideas and advices. He was funny and sharp. He always had good stories to tell, and he was a very patient teacher trying to explain to me the complexities of US copyright law. Jay was having fun representing Bautista and working on his Hollywood contracts. He once told me that the main difference between the film and the music industry is the number of zeros on the cheques! I will miss our long conversations and I will always remember that he was the one who introduced me to sazerac when we were at a conference in New Orleans... RIP Jay.
E.L]
Emmanuel Legrand at 11:44 AM
Share